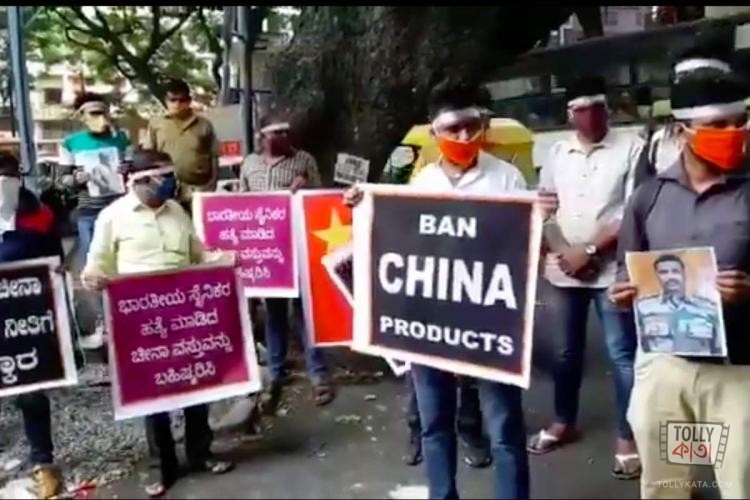 The violent brawl between India and China on 15th June at Galwan Valley, Ladakh. 20 Indian soldiers were killed and 10 soldiers were detained by the Chinese military. Since then people across India are boycotting Chinese products to protest against the 'violent face-off' and to show their solidarity with the Indian Army.

In different parts of the country, anti-protest is going on to get rid of the Chinese products from the Indian market. As per the reports of NDTV, In Surat people burnt the Chinese flags, Chinese products, dummy of Chinese President Xi-Jinping to express their anger for the ongoing situation.

A video went viral on social media, people were seen throwing away LED television sets from their balconies to support the anti-Chinese product protest. People decided to stamp on the television turning it into trash completely, as soon as the TV landed on the floor. While chanting Bharat Mata Ki Jai!

Don't believe us, have a look at the video:

Desi Twitter was blown away with the video. Read how they reacted: