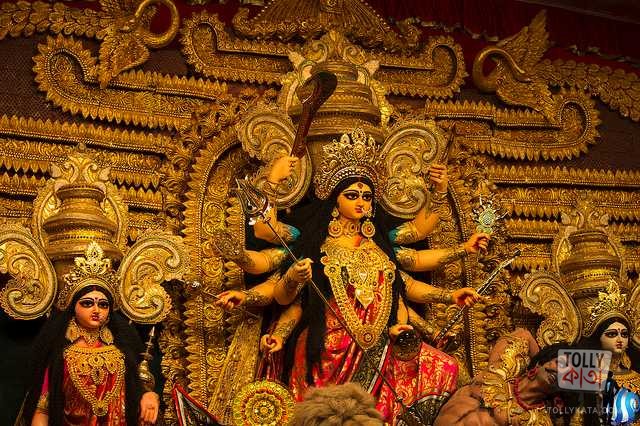 Even the ongoing pandemic, couldn’t stop Bengal from celebrating the biggest festival ‘Durga Puja’. Amid the pandemic, over 37,000 Durga Puja pandals are being organised in West Bengal. However, new guidelines have been released as Kolkata on 11th October has witnessed the highest single-day spike 3,612 cases, making the total tally of the state reach 2,94,806!

5.Visitors will not be allowed to stay in the pandal for more than a few minutes. (Earlier people weren’t allowed too)

As per the reports, Saswata Basu, the general secretary of the Forum for Durgotsab said, “Situations have changed now and cases are rising. We need to be more cautious than ever. It has been decided that none would be allowed to enter the pandal without a mask. The puja committees would deploy more volunteers to check whether the distance is being maintained in queues. Hand sanitisers would be provided. Visitors won’t be allowed to stay inside the pandal for more than a few minutes.”