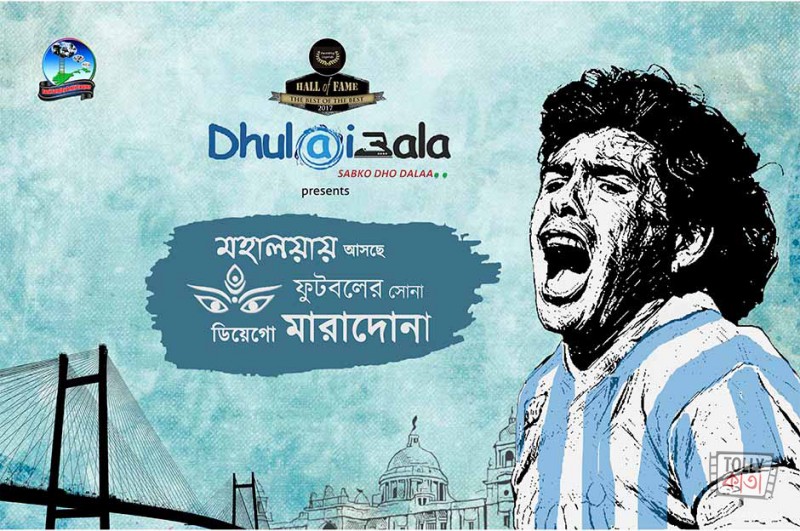 Kolkata, Aug 12: Who says dreams don’t come true, especially if it revolves around the leather orb in this football crazy city?

For come October 2 and two amateurs will fulfil their life’s dream of playing alongside Sourav Ganguly and Diego Maradona. But you cannot just sit and hallucinate like Mungerilal and hope for the dreams to fructify.

All you have to do is participate in the “Dhulaiwala Durga Darshan Cup” to be played at Aditya Sports Complex on the August 19 and 20. The Dhulaiwala Group, that has brought the never thought before concept of App-based Durga Puja hopping with red carpet treatment and Ac buses for just Rs 1100 per head, is organising the Durga Darshan Cup with the 21 Puja Committees that have enrolled in this campaign.

“We want to reach out to the people and make their dreams come true. If a Calcuttan has not touched a football, he can’t claim to be one.  Everyone in this city desires to meet Sourav Ganguly and Maradona. We are creating an opportunity for this dream to come true,” said Vivek Agarwal, Founder, Dhulaiwala Group.

If you thought surprises ended here, then it’s just the beginning. While two players adjudged the best players of the tournament will feature in the match Dada v Maradona now scheduled for October 2, the winning team will be handed over the Durgadarshan cup by the God of Football himself. 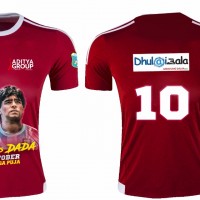