Live Music Session with ‘No Strings Attached’ at Monkey Bar 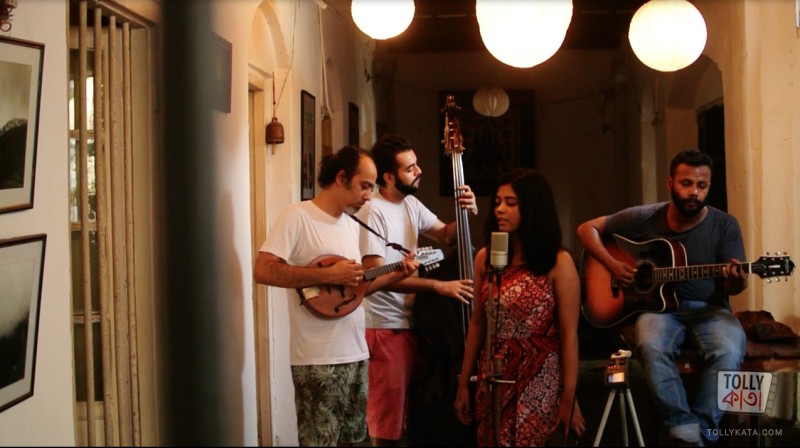 Kolkata, July 2017:  If good ol’ American country music is your thing and jazz and soulful blues get you into the mood for some serious nostalgia, then swing by the Monkey Bar, Kolkata. Your favourite gastropub brings to you ‘Live at Monkey’(#901 A, Fort Knox, 6, Camac Street, Kolkata- 700017); fun music nights with performances by fabulous independent artists, everyFriday, in association with Smoke Inc. Performing this Friday, July 21st, from 8-10 pm is No Strings Attached, India’s first ever bluegrass project. With music that has elements of American country music, jazz, blues and American folk, this Kolkata based band promises to take you on an unbelievable musical journey. Take a trip down memory lane with songs like ‘Fiddler’s Green’, ‘Peach Pickin Time in Georgia’, ‘Tango till they’re sore’, or Bill Monroe’s ‘Sitting alone in the Moonlight’ or sing along to all-time favourites like ‘Pumped up Kicks’ by Foster the People.

‘No Strings Attached’ is a four-member band featuring Nabanita Sarkar on vocals, Diptanshu Roy on mandolin, Koustav Dey on guitar and Debjit Mahalanobis on double bass. The band has performed in various places across the country like The Apeejay Kolkata Literary Festival 2017, India Story Exclusive Preview 2016, Jamsteady Kolkata 2016 and Ziro Festival of Music, Arunachal Pradesh, 2016, among many others.

With delicious cocktails, amazing small plates and foot-tapping music, your Friday nights just got pumped up a few notches with ‘Live at Monkey’. For all you party mongers, our in-house DJ Rwik takes over after 10 pm; so come by for the most happening music night in town!