SHARONI SEN’S ALBUM LAUNCH OF IN SEARCH OF YOU

Posted on 07 January 2017 by Tollykata Admin 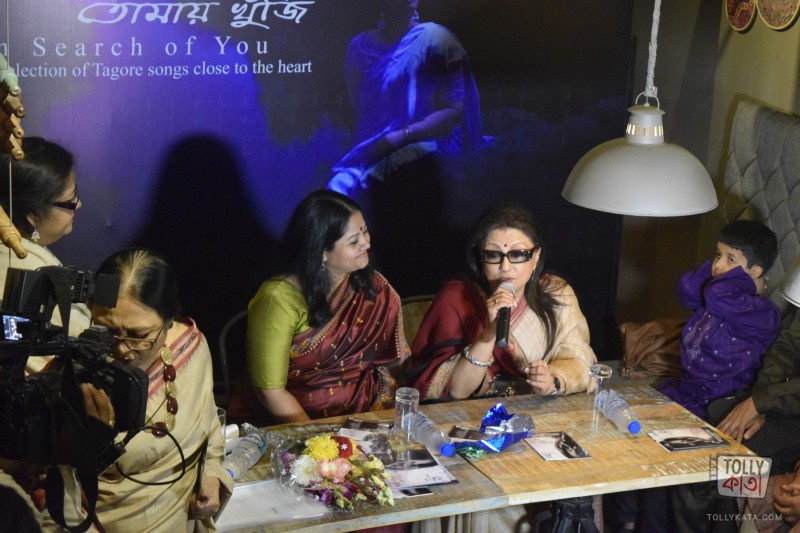 Kolkata, January 3: The City of Joy witnessed the album launch of Sharoni Sen’s Gaan Diye Je Tomay Khunji: In Search of You – A Collection of Tagore songs close to the heart. The album has been presented by Batch 99 and Nirjharer Swapna. Present at the event were Aparna Sen and Rabindrasangeet exponent Pramita Mallick. This is Sharoni’s first solo music album and the songs in it are varied in content; while some bear a strain of nostalgia and the pain of separation, others are purely spiritual and speak of the sublime.

Speaking at the launch, Sharoni thanked everyone who had supported her in her album. The singer went on to add, “My grandmother Sunanda Dasgupta was my mentor for my music when I was a little girl. The album is a tribute to my grandmother and emulates the style of singing that she would have loved to hear. It is very traditional in its sensibilities.”

Pramita Mallick said, “I am very happy that Sharoni has brought out the album as a tribute to her grandmother. Of the two songs that I have heard, I loved her style of singing which is like the traditional Santiniketan style of singing. I wish her all the best for all her future endeavours.”

Aparna Sen who also graced the event went on to say, “I was in search of a music trainer for Shabana Azmi for my upcoming film Sonata. A relative of mine referred to Sharoni as a possible teacher and Shabana still swears by her saying that she is one of the most intelligent teachers she has ever met. Shabana was jittery till the very end and it was Sharoni who gave her the confidence to record her voice. Shabana sang two very difficult Rabindra Sangeet. One is Aji Jhore Raate and the other, Sukhe Aandhare Ekela Ghore.”

Sharoni added, “If you see the film you will see how wonderfully Shabana has sang the song considering how little time we had to prepare for it, but her rendition is beautiful.” 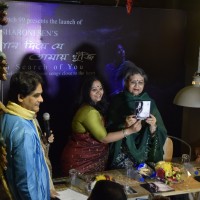 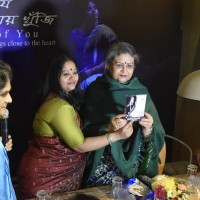