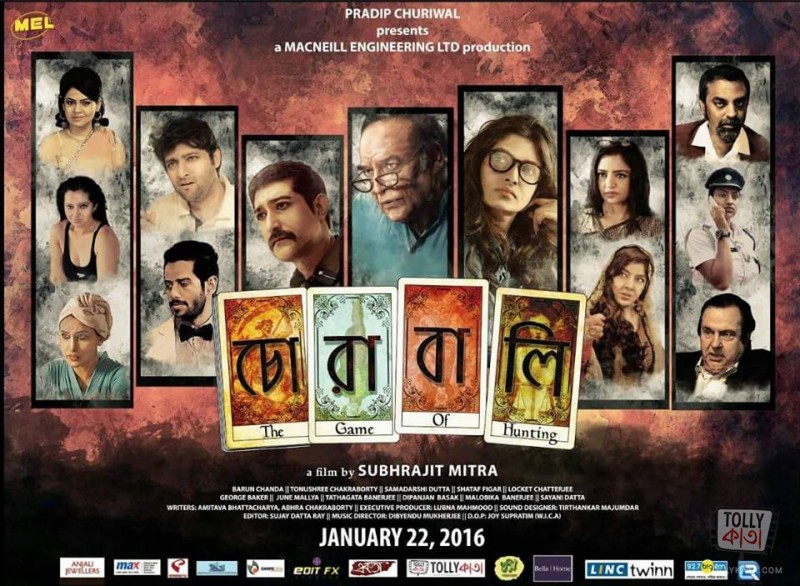 This is one movie that is going to change the way you look at bengali movies. The story starts with a retro themed party hosted by the city’s celebrity psychiatrist, played by George Baker. 8 people having some kind of dark past are invited. They start playing the game of cards and during their game it is discovered that the host has been murdered. The movie revolves around finding the murderer. Seems simple? But its not. The movie keeps you on the edge of the seat and director Subhrajit Mitra hardly gives you a scene to move your eyes off. He has done a brilliant job. A very well directed movie that you have seen in the recent past.

Its a visual class. Such fine cinematography is hardly seen in bengali movies. Thriller movies need proper music to spice up the scene and Dibyendu Mukherjee has done extra-ordinary work in music. The background music is good.  With the volume getting high you get goosebumps. There are few super interesting scenes.

All the actors have done justice to their roles. The cast includes Tanushree Chakroborty, Sayani Datta, Shataf Figar, Malabika Banerjee, Dipanajan Basak, Locket Chatterrjee, Mou Baidya, and Tathagata Banerjee. Its an intelligent movie. Hope to see such good movies in times to come.

Very nice story. Good work by the director. Better than many bangla films.