Posted on 21 January 2018 by Tollykata Admin 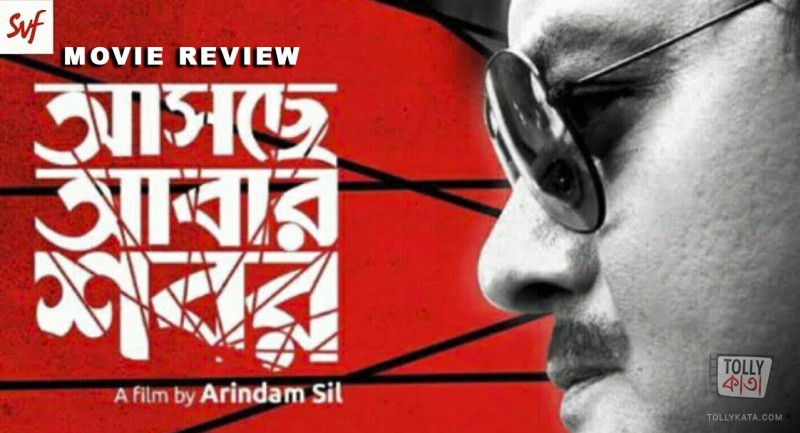 One of the best things about “Aschhe Abar Shabor” is how the director, Arindam Sil has handled the ensemble cast. Every actor fits into the character each enacts without overpowering anyone else – neither do they stand out like a sore thumb nor do they make others feel irrelevant. Both the newcomers and the senior actors find their space in the crime thriller based on Shirshendu Mukhopadhyay’s story “Projapotir Mrityu O Punorjonmo”. For me, that’s the best take away from the film.

Now I haven’t read the story so I will not be able to comment on how connected the film is to the original story, so my thoughts are based only as movie goers’ experience. Talk about a murder mystery and I cannot wait to watch the film. After 2016’s “Egoler Chokh” which was a thoroughly enjoyable ride, Aschhe Abar Shabor (AAS) has ACP Shabor Dasgupta (Saswata Chhaterjee) go on the hunt for a serial killer who rapes and kills young girls. Assisting him are his two sidekicks Nandalal Roy (Subhrajeet Dutta) and Sanjib Das (Gaurav Chakraborty). When 20 years old Rinku Roy is found dead in Chandernagore, it spirals into an investigation bringing different people together – her rich but busy businessman father, her evil step mother, her grief stricken grandmother, her own absent mother and her boy friend, her much older crush and his estranged wife and her local friends. Who is the murderer and why is he committing such crimes is the central plot.

AAS has some good performances. Saswata Chatterjee as the lead is effortless. Arunima Ghosh as the victimised wife is a treat to watch – the way she portrays the dilemma of her character deserves appreciation. Indraneil Sengupta as the 38 years old love interest of 20 years old Rinku Roy is not only believable but is also the eye candy on the film. Anjana Basu, Mir and Lolita Chatterjee add their bit nicely. Newcomer Diti Saha as Rinku Roy fits into the character and has the potential to be a matured actress of groomed well.

Since this is a murder mystery, not much can be said about the story.  However, the narrative style of AAS is not an edge of the seat thriller but has a slightly insipid treatment. In the beginning, the film looks like a page taken out of the after hour’s of city life with escort girls and prostitution giving a picture of society’s secret under belly. There is tension and there is curiosity with a hint of sustained violence as the first scenes unfold. Unfortunately, it becomes a predictable family drama with romance taking over with the intended violent streak becoming antiseptic. This is a sad discrepancy – the film is not what it promises to be.  And what it is will neither make you jump nor cringe in fear. Gritty punch lines and the dry humour of Shabor are also quite missing.

Background music by Bickram Ghosh is praiseworthy and in certain scenes where the action fails to move you, the music will.

AAS is a good one time watch and definitely adds another feather in the cap of Arindam Sil and his team.