30 Years of Kantha, Celebrating the Nostalgia with Shamlu Dudeja 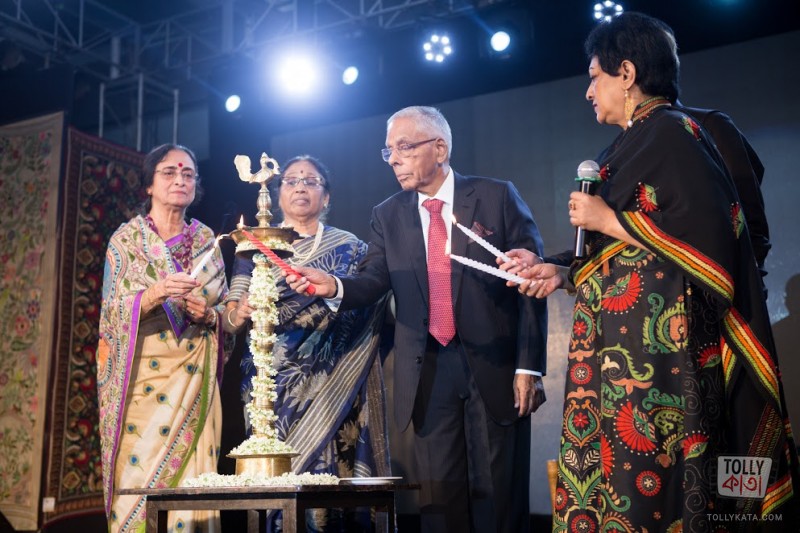 In the 1980’s, Shamlu Dudeja, along with her daughter Malika, recognized the need for reviving a dying art called Kantha. Setting up the nonprofit S.H.E (Self Help Enterprise), they trained seamstresses to go to the villages and look for women with sewing skills. The women then re-fashioned their worn out cotton saris into warm quilts by sewing the wad of fabrics with tiny running stitches, using threads drawn from the colorful woven sari borders. The stitches were often so precise that the overall ruche effect made the reconstructed ‘quilt’ an object of unmatched beauty. This was the original Kantha, the tangible cultural heritage of rural Bengal. 30 years on she has managed to elevate a poor man's stitch to the portals of fine art.

At ITC Sonar, the evening was lit as the 30 golden years of Kantha Revival was celebrated in the presence of some of the eminent personalities including the Chief Guest, the ex Governor of Bengal Shri  M K Narayanan and artist Atul Bhalla. Singer  Isheeta Ganguly was seen as the showstopper  for the event.

A short film was shown, showcasing the remarkable journey of Kantha, followed by a fashion show which saw Gouri Basu in a dazzling Thakur Bari attire. The models walked the ramp in gorgeous multi coloured creations, followed by the Kantha team leaders walking the ramp in their self-designed attires. Isheeta Ganguly closed the show as a show stopper.

Following the fashion show Mallika Verma, felicitated Mr. and Mrs. Narayanan, Gouri Basu, Nayanika, Paromita, Neha and Atul Bhalla with Kantha stoles. The famous and evergreen singer, Usha Uthup ended the celebration by singing some of her popular song numbers as an appreciation to Shamlu Dudeja and her efforts.

Few pictures from the event : 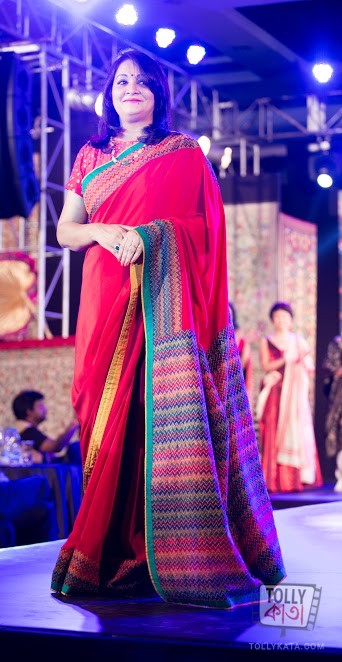 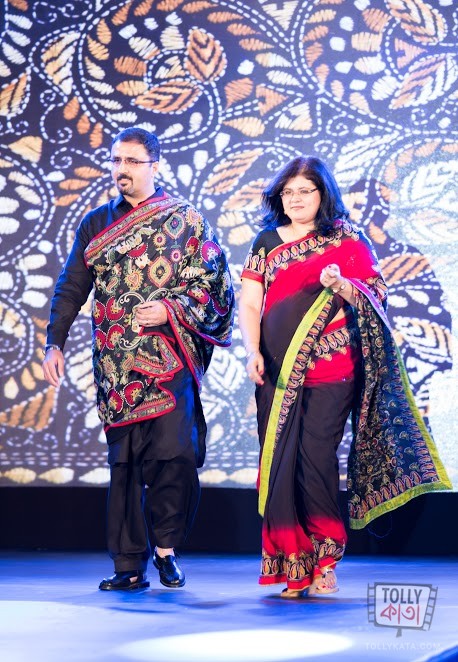 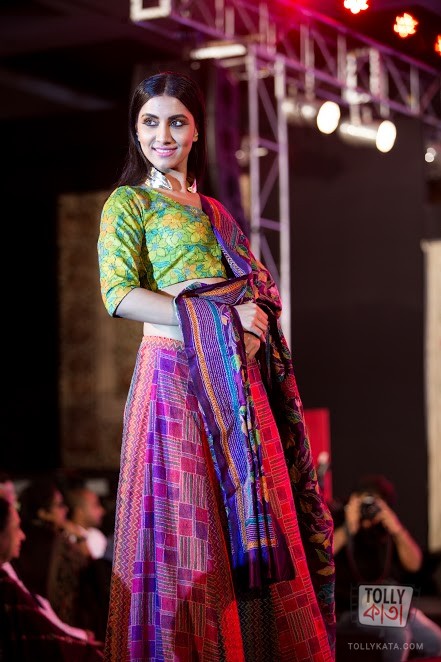 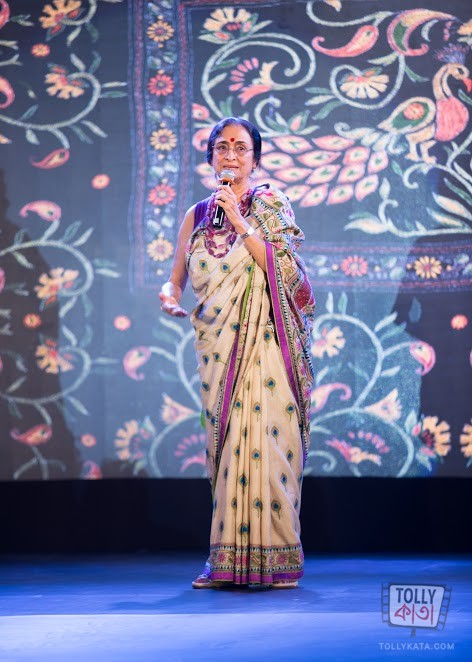