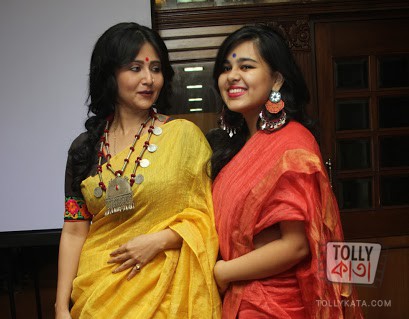 Summer is all about comfy staples, light fabrics and vibrant colours. The season to wear flowery patterns and flowing drapes while one parties as the sun sets down or goes for a formal/ informal outing, summer fashion now gets a new destination with a brand new collection and website by well-known fashion designer Suchismita Dasgupta.

A must have for the summer, the sarees and other garments by Suchismita’sNextiles are not only a testimony to the rich textile heritage of the country but also style statements that remain unmatched by any other apart from being the perfect foil to summer weather. With PoilaBoisakh right around the corner, sarees, dhotis and kurtas with their intricate pattern, designs and traditional feel by Nextiles are a must have to stand out in the celebratory crowd. Suchismita’s designs are easy to wear clothes with a dash of sophistication meant for all seasons and reasons.

Designer Suchismita Dasgupta who has recently relaunched her website Nextiles with a short film Spinning a Yarn – A Nextiles Story directed by Utsav Mukherjee, understands the need for communication in this fast paced world, and the website is a testimony to her belief, connecting her to a global audience.

Speaking about her collection, Suchismita says, “These are more than just creative designs. They are comfortable yet exclusive outfits and saris that have been made using the traditional textiles and techniques while working closely with the weavers, embroiderers and printers from all over India.”

Actor Swastika Mukherjee who is a part of Spinning a Yarn – A Nextiles Story further elucidates, “I love wearing sarees and Nextiles presents traditional textiles in stylish and contemporary fashion.”

Director Utsav Mukherjee adds, “The initial plan was to create a movie with the pictures that were already there, however, I wanted to shoot with real people and thus what transpired was us involving people who had already endorsed the brand and create a short film out of it. Thus Swastika, Vikram, Gaurav, Ridhima and the others came on board. The film is not just about the clothes but rather the characters and human emotions, the fabrics used in it reflect those moods and emotions and make them more human rather than just being garments. The music used reflects Nextiles combination of tradition with modern thoughts and thus is a fusion between RaagDesh and other more contemporary tones.”

Suchismita’s creations see the use of techniques like Batik, Shibori, tie and dye, mud resist block prints, mix of various hand embroideryon hand woven, natural fabric like silk, cotton and linen. She also uses recycled/scrap yarnNoil to weave saris, scarves and fabrics and it has become one of the most popular products.

A designer, stylist and entrepreneur from Kolkata, Suchismita’s fascination with traditional textiles made her start her own company Nextiles in 2004. Nextiles’ main focus is to translate the traditional handwork into styles that suit the urban needs. The film traces the same passion that Dasgupta has for her art. 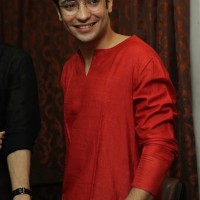 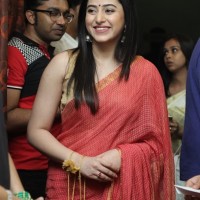 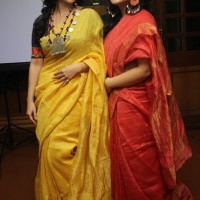 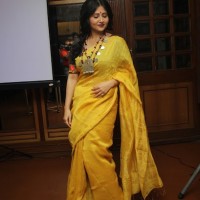