Conversations With Lopamudra Mitra and Joy Sarkar at The Palms Restaurant

Conversations at The Palms Restaurant is a monthly interview session hosted by Sujoy Prosad Chatterjee. It was with Lopamudra Mitra and Joy Sarkar on 7th November. 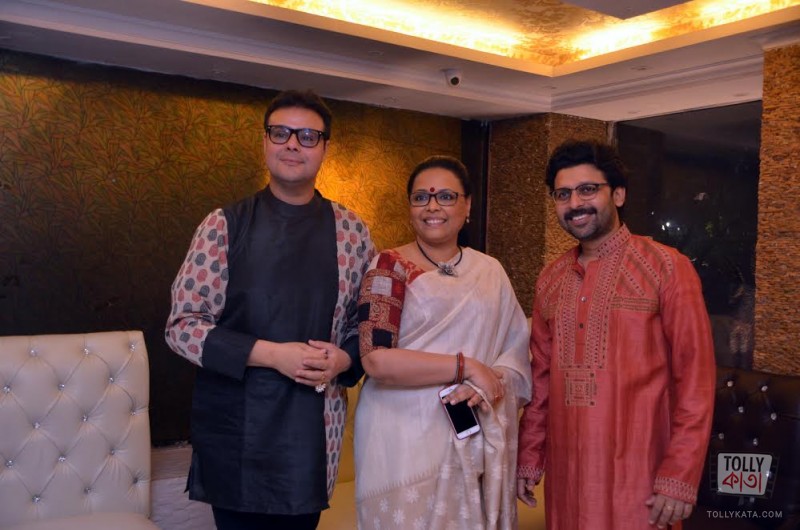 Kolkata, November 7: The most awaited and one-of-its kind dialogue session in the city is back with a bang! Starting off with the third edition of CONVERSATIONS at THE PALMS RESTAURANT, the evening saw wife and husband duo of vocalist Lopamudra Mitra and acclaimed music director Joy Sarkar gearing up for a riveting dialogue sessions when they sat down for a candid chat with Sujoy Prosad Chatterjee.

Both Lopamudra Mitra and Joy Sarkar are powerhouse talents who have accomplished a number of hallmarks across their illustrious career. Mitra has over 25 albums under her name while Joy Sarkar’s compositions number well over 80! Mitra completed 25 years in the music industry in 2016.

The interaction with Sujoy Prosad Chatterjee, steering Conversations brought out the chemistry between them, the bonding over music, their relationship, their personal and musical space and mostly their love for music. The conversation further saw them talking about their struggles as musicians and vocalists and how with the advent of new genres they keep on looking and inventing and reinventing themselves. The musical duo were also heard talking about the dire state of independent album music in the modern context with film music inundating the market.

Speaking at the end of the performance, Sujoy Prosad, went on to add, “The song took me back to my days as a student in New Delhi, Hauz Khas, where while lying down in my barsati I would gaze at the stars and become completely oblivious to the world around me. When they perform together, they create a sense of nostalgia around us.” He further added, “This edition is special because we are looking at two individuals who have not only created a wonderful niche in the music industry but are exemplary human beings as well.”

Speaking at the event, Mitra went on to talk about how she met Sarkar, which, according to the singer had nothing romantic in it, but was completely based within the realms of music. “Joy was not struggling as a guitarist at that point of time, but I was. So there was a lot of cajoling on my part in trying to get him to play with me.”

However, negating the notion Joy Sarkar added with a hint of laughter, “Well, what really happened was that her musicians had backed out at the last moment and I was called as a replacement. We played what she was supposed to be singing for an hour and at the end of the session I managed to pull it off. That is how we met.”

Steering the conversation towards the interdisciplinary nature of both verses and tunes, Sujoy Prosad Chatterjee went on to ask both artistes how important has their work been in creating audience. Lopamudra went on to add that how after she had sang Joy Goswami’s poem Benimadhab, the poet had come up to her to remark how the number of poetry books being sold had increased.

While the conversation between Sujoy Prosad Chatterjee, Lopamudra Mitra and Joy Sarkar meandered across a number of incidents and issues, one of the most integral topic discussed during the evening was the state of Bengali Album music in the present scenario. Joy Sarkar said, “It is a sad state that most FM channels nowadays do not play album music for the audience, most of these channels have their headquarters based out in Mumbai and all they focus on is Film music. If this is the way it goes forward there will be no platform for independent musicians.” He further went on to add, “Single musicians still have a chance, they try and keep on waiting for that one break in a film where they might be able to do playback, but the situation is worse for bands who are not even getting that platform.”

The evening closed with music as well with both artistes rendering two back to back songs. The Palms Restaurant acted as a wonderful host, serving an array of edibles including Veg Wantons, their bestselling Royal Harabhara Kebabs and the equally delicious Murgh Banjara to all guests present. 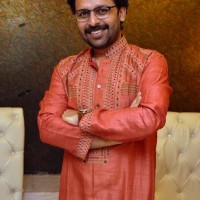 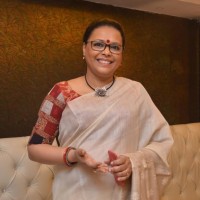 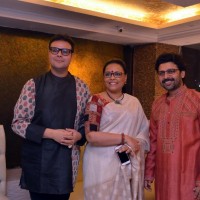 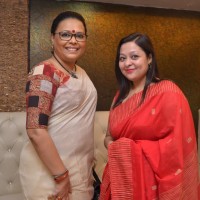