You Can't Take Art and Literature Out of Bengal, Meet Sonnet Mondal!

Sonnet Mondal is a captivating story-teller, poet from Kolkata who is winning hearts and mesmerizing minds by his extraordinaire poetry all across the globe.

Posted on 03 February 2017 by Tollykata Admin 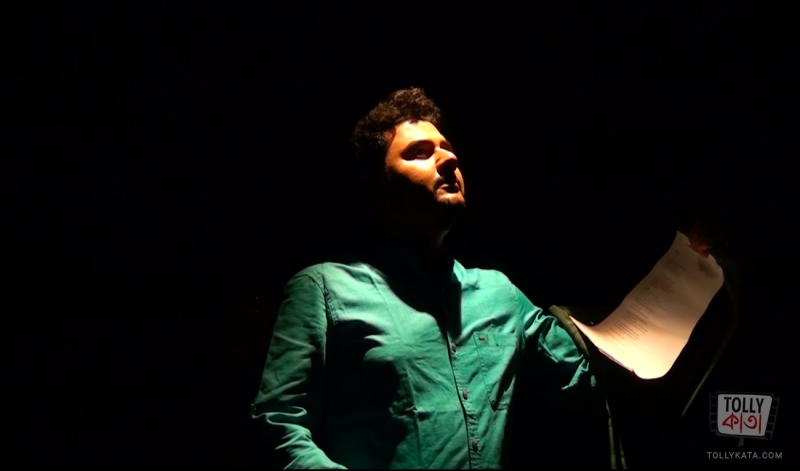 Culture has always been synonymous with Calcutta. Cradled in the British era, the literary and artistic heritage of the city is a marvel. Art connoisseurs- Mr Rabindranath Tagore, Kavi Nazrul Islam and Michael Madhusudhan Dutt ignited the streak of intellectual awakening among the Indians and marked the transition from ‘medieval’ to ‘modern’.

With the onset of technology, the fire is losing its warmth. Millennials are too busy driving their career cars that they hardly find time to stop at the crossroads of solace and literary gratification. The weird sense of contentment that one gets by reading a soulful piece of poetry is unparalleled/ is one of a kind. Poetry has not lost its charm, but has gone astray amidst the abyss of cinema and glamour. But there are many a men, re-kindling the fire of poetry.

Sonnet Mondal is a captivating story-teller from Kolkata who is winning hearts and mesmerizing minds by his extraordinaire poetry all across the globe. Mondal was featured in India Today Magazine as one of the Famous Five of Bengali youths and was also listed among the celebrated authors of India in Forbes Magazine, 2014 & 2015. Sonnet Mondal has been making Bengal proud ever since. He has been addressed at various platforms all over the world and has moved people by the depth of his poetry.

Most recently, in December, Mondal read his poems and participated in panel discussions at The International Young Poets Meeting, Istanbul supported by the Turkish ministry of culture and tourism. In an exclusive interview to a Turkish media, Sonnet spoke about his anti-terrorism views especially criticizing the ongoing war in Aleppo. The other panel topics on which Mondal spoke was ‘Poets & their country’ and ‘Poetry in Daily life’.

Poetry is just carefully chosen words placed  with extreme sensitivity that depict those social and personal concerns in a daily life which cannot be put down in any direct literal way. The power of poetry is in its ambiguity and inconclusive nature. It gives room for thoughts to flourish which in turn begets free thinking, said Mondal.

Sonnet has penned down eight books of poetry and is on the editorial board of multilingual magazine Levure Litteraire based in Paris, France. The artist from Behala, Kolkata, would be reading and interacting with the audience at Cork International Poetry Festival this February 16th.