Khiladi Kumar On Into the Wild With Bear Grylls

Posted on 04 September 2020 by Rituja Sarkar

After featuring PM Narendra Modi, Rajinikanth in ‘Into the Wild With Bear Grylls’ inspired by the earlier series Man Vs Wild shot in India produced by The Natural Studios and Banijay Asia. The first two episodes created a buzz in India and the episodes were loved by the audience and the episode disrupted the Indian media landscape, establishing itself as the TV event of the year. Recently, Discovery and Bear Grylls announced a surprise for the Indian cinema & action lovers. 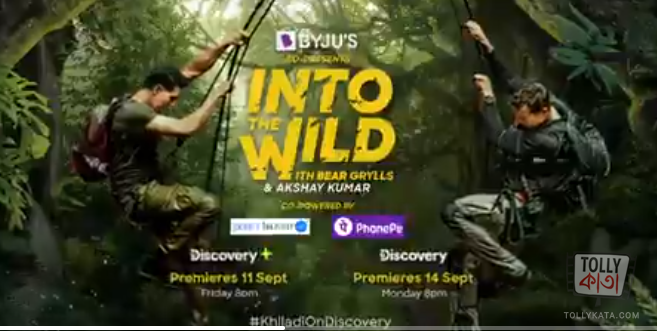 Bollywood star and Khiladi Akshay Kumar set out on a thrilling journey with British adventurer Bear Grylls in the upcoming episode of Into The Wild. With a digital-first release, the viewers will witness Khiladi Kumar fight for survival, facing some of the toughest situations on this journey streaming from 11th September.

They took to their social handles to share the news:

So, what are you waiting for? Make sure you don't miss the episode and if you haven't watched the trailer yet. GO WATCH IT RIGHT AWAY & WATCH THE EPISODE EXCLUSIVELY ON DISCOVERY's digital release.