During the troubled times of an unforeseen pandemic, Addatimes has taken the initiative to keep its audience entertained with top-notch original Bengali content, keeping in mind about your safety and entertainment.

One of the leading Bengali OTT platforms, Addatimes launched its first-ever original film “Karma” on 3rd December helmed by none other than Arnab Riingo Banerjee. With a promising cast starring debutant Pritha Sengupta alongside, Shaheb Bhattacharya, Saoli Chattopadhyay, Duke Bose, Piya Debnath and Sanghamitra Talukder among others.

As the name suggests, KARMA serves right with suspense, thriller and drama with a social context. It has an eye gasping, crisp storyline to make you believe forget revenge, believe in Karma.

Karma is a story of a girl, Sanjana, who is already into vengeance for her past experiences, falls in love with a young man. On knowing each other’s secrets, they soon become each other’s adversaries. May the better one win. 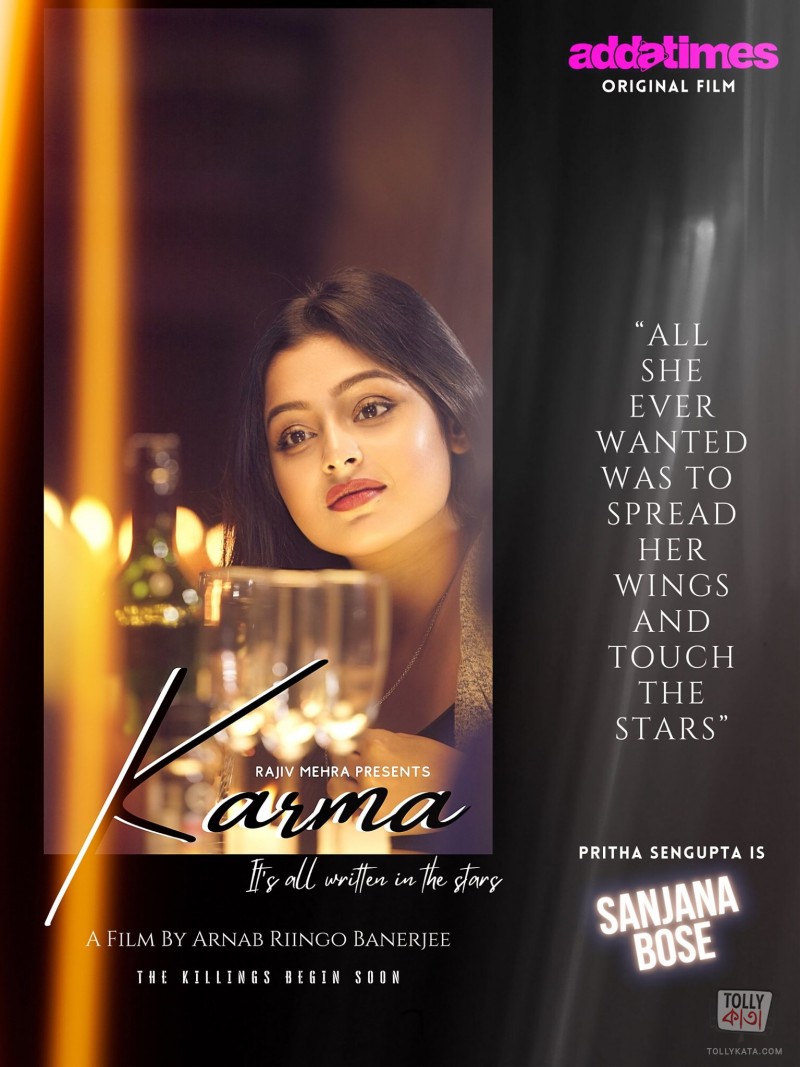 Every scene and frame had a cinematic approach creating an immersive cinematic experience for the viewers, giving at per competition to big-budget national films. Which is a bonus point to keep you on the edge of your seat? Karma is definitely a potential hard-hitting tale with a blend of action, thrill, direction and versatile acting. Every actor complemented each other and gave each other the screen space to express and shine rather than overpowering.

If you haven’t watched KARMA yet, go watch it now streaming in Bengali & Hindi!