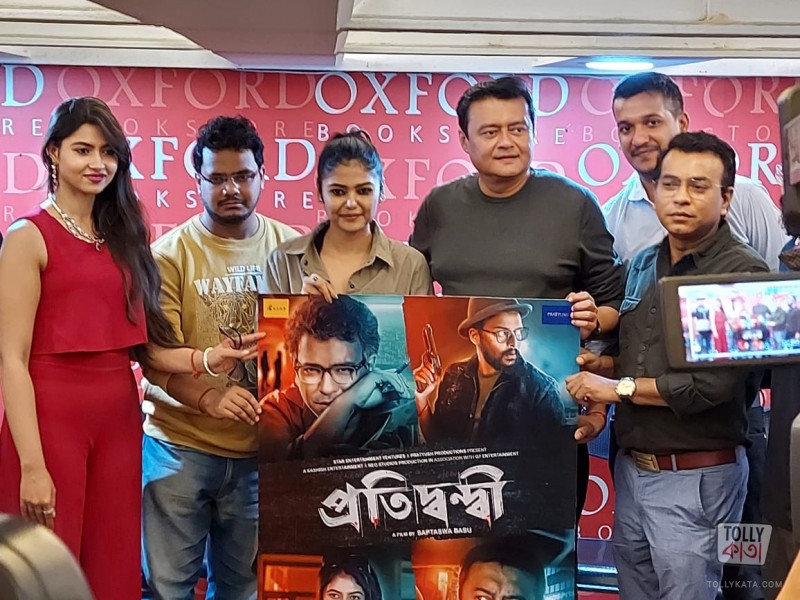 Star Media Ventures, Pratyush productions along with Neo Studios unveiled the poster look of Pratidwandi (Adversary) which is slated to release on Christmas Eve.

At the Oxford book Store of Park Street, the entire cast along with Mr Saptarshi Sen, Star Media Ventures was present to unveil the thrilling look of the film. Director Saptaswa Basu said, “Pratidwandi is a story about how the city, as well as the ones residing in it, becomes the competitors of all the characters. The characters are grey in shade and are in conflict with each other. The music also has been contemporary, keeping in sync with the backdrop of the story by Raz Dee and Pratik Kundu. 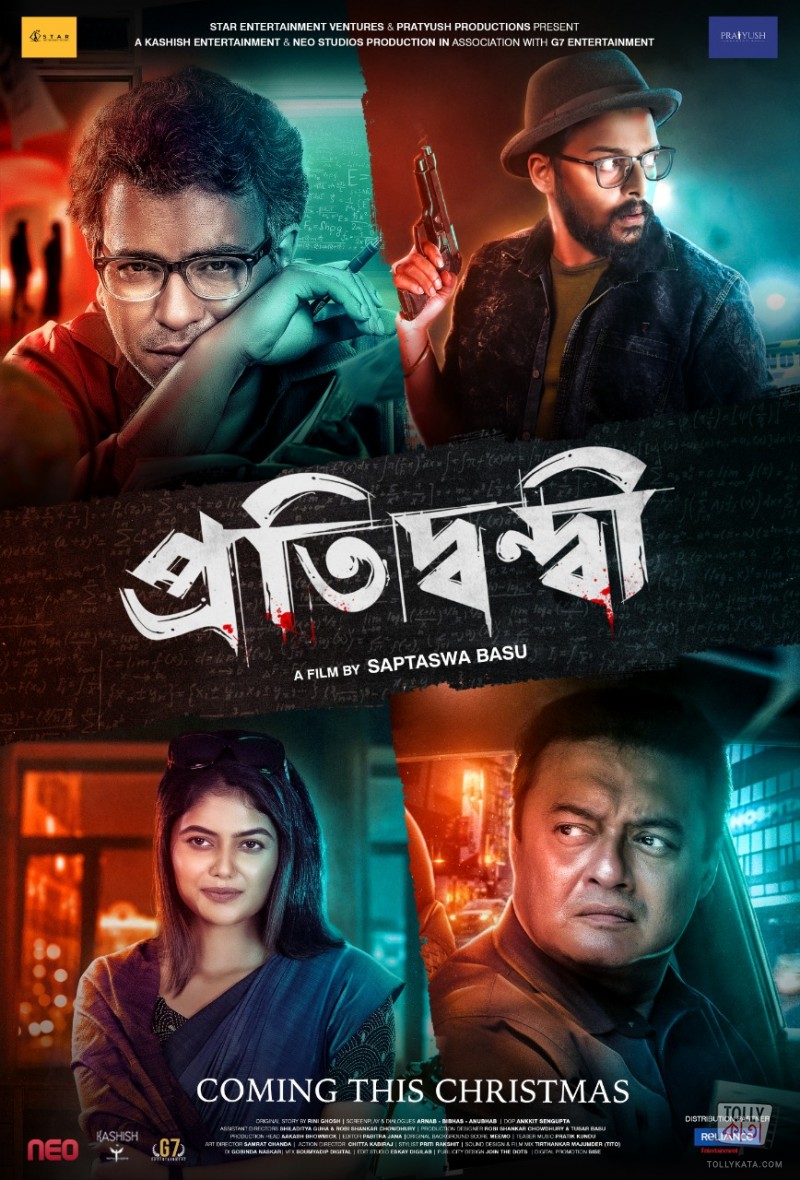 Saswata Chatterjee said, I'm happy to be associated with this project even during the troubled times, they got to work taking necessary precautions. As we still believe content is king, a movie can still do go good without a star studded cast. No matter other movies are releasing on 25th December, audience will watch Pratidwandi cause of the thrilling story.

Rudranil Ghosh said, I'm excited and thrilled that our movie is releasing on the big screen and unlike Bollywood where they're avoiding big screen release. Bengali film industry is taking the initiative and risk to release movies on the big screen, keeping in mind about the current scenario.

A glimpse of the movie, Rudranil Ghosh plays a Mathematics teacher named Sukumar Sen and apparently has a rivalry with Saswata Chatterjee, who is playing Dr. Bakshi, while murders and kidnapping start taking place in the city on a regular basis. The other key players are Sidhharta (Saurav Das), a lawyer turned detective and solves cases with his team member Jenny (Rini), who is a witty and smart investigator. Maya (Saayoni Ghosh) is a politician who is running for the post of MP and has dark secrets in her past that holds an important key to the story. Tanishka (Maahi) plays the role of a hospital admin and incidentally is Sukumar’s sister in law. Two important child characters are played by Satyaki and Debkonya. Among other intriguing cast members, there are Rajdeep Sarkar as Faiz khan and Shirshha.

Catch the movie in the nearest theatres on 25th December, following govt protocols.