The prolougue to the third chapter 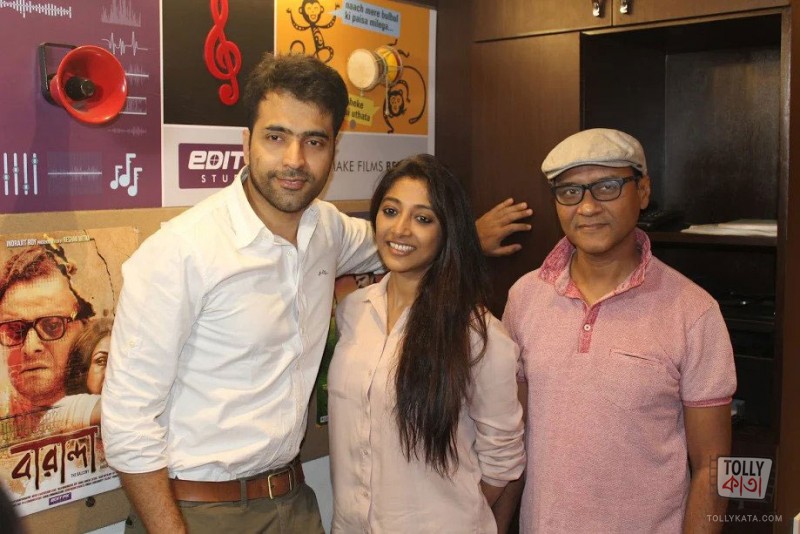 After the grand success of “Ami Joy Chatterjee” Manoj Michigan Abir Chatterjee duo are back with their new venture together “Tritio Adhyay.” After completing the shoot in less than six months the cast and crew of “the third chapter” is wrapping up with the dubbing sessions and other post production entanglements.

'Tritio Adhyay' is a romantic thriller that redefines the boundaries of love through its characters : their sacrifices, their passion and their retribution. “This is a non-mushy love story, through this film viewers will get the flavour of a  different kind of love story and yes they will also find me in a completely different look which is quite exciting after the character I have played in, Ami Joy Chatterjee,” said Abir Chatterjee, the male protagonist of “Tritio Adhyay.”

Both Abir Chatterjee and Paoli Dam seemed very excited to work with each other. “We are great friends and contemporaries as well, after tomae khunje berai and Bedroom this is our third project and like always it is an absolute treat to work with him,“ smiled Paoli Dam.

The lead pair was also caught speaking highly about their experience of working with director Manoj Michigan.”Unlike my last film with him Manoj this did not let me talk much in the film,” laughed the hero while the director smiled in glee.

The making of the film is close to its closure. The entire team is looking forward to a grand release and an even grand success.