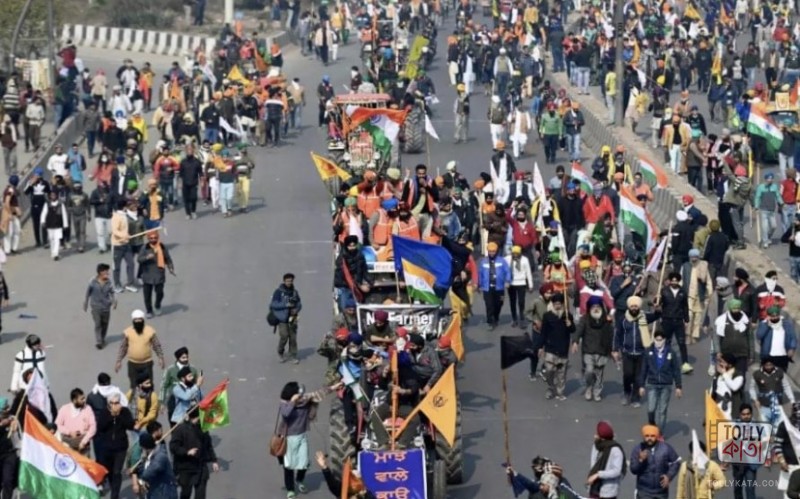 Indian farmers are on the streets converging at various border points on the way to Delhi for more than 3 months against three farm acts which were passed by the Parliament of India on September 2020. Even though the Supereme Court of India has put stay orders on the farm laws. Farmers have rejected the government proposal.

On 26th January, thousands of farmers organised a tractor rally marching towards the National Capital. However, the tractor rally turned out to be a violent protest as certain farmers clashed with the police officers and barricades. Protestors reached the Red Fort and hoisted farmer union flags and religious flag which drew a lot of flak from certain section of people.

After which, the Central government decided to build a wall across the adjoining borders of Delhi. On Tuesday, an internet shutdown were imposed across New Delhi from midday to midnight. Police had deployed more forces at the border in case any protests break out Monday.

However, farmers are still still joining the protests. Darshan Pal a leader from Samyukta Kisan Morcha said, "The government does not want the real facts to reach protesting farmers, nor their peaceful conduct to reach the world."

Well, certain people are not happy with the international attention Farmers protest is now receiving. Share your opinions.